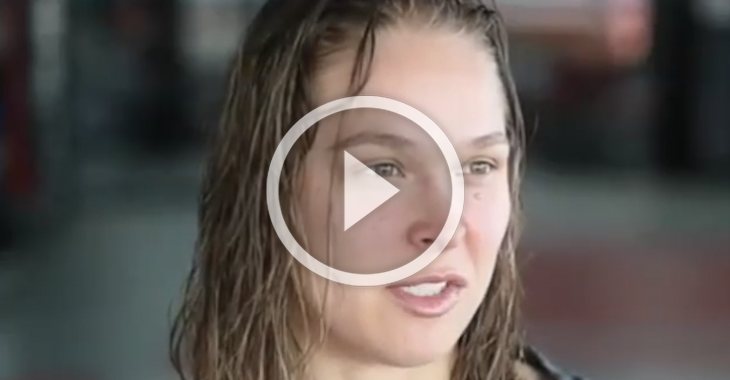 Join Ronda Rousey behind the scenes of her newest interview with LA Daily News where they go in-depth about past fights of her career. In the following previews, you can hear how Ronda Rousey felt when she won her first MMA bout and how she celebrated it!

Coming 7/29 in the @ladailynews; talks about all her fights. Here she talks about her first ever MMA match and the friends that showed up. @ArmbarNation #andSTILL

Coming 7/29 in the @ladailynews @rondarousey goes in depth on her MMA fights. Here she talks about how happy she was after first win. @armbarnation #andSTILL

Coming 7/29 in the @ladailynews @rondarousey goes in depth on all her fights pro and amateur. Here she talks about her first win as an amateur. @ArmbarNation #andSTILL

Do you think she will reflect on her upcoming bout with Bethe Correia at UFC 190? Share your prediction in the comment section below!