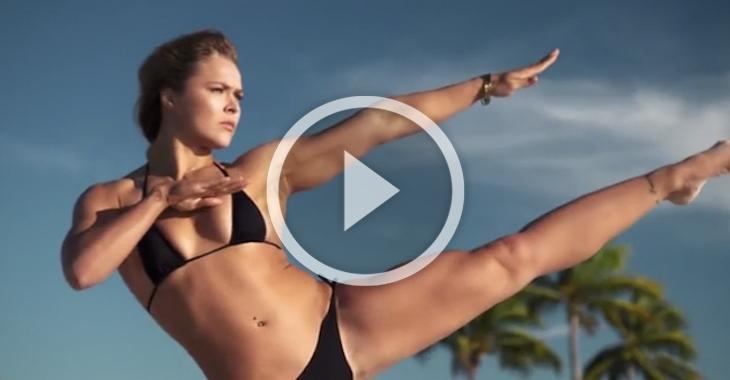 If you are a fan of Ronda Rousey, then you’ll enjoy this picture of her doing yoga in her bikini.

Ronda Rousey is set to defend her UFC Women’s Bantamweight Championship at UFC 190 against Bethe Correia.