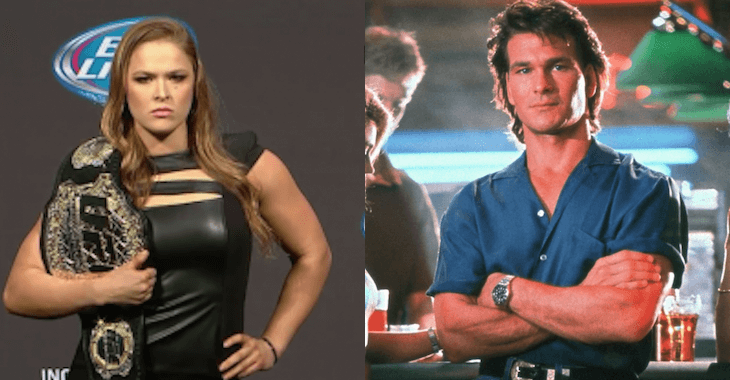 The good new just keeps coming for UFC bantamweight champion Ronda Rousey. We already know she’ll be trying to break the all time UFC attendance record when she takes on Holly Holm at UFC 193, in Melbourne, Australia on Nov. 14, but now it looks like she’ll also be the star of a new remake of the cult classic film, ‘Road House.’

‘Road House’ came out in the 1980’s a featured Patrick Swayze in the main character role. He was a bouncer who watched over a small town, protecting home for the corrupt business men.

The new remake will look to tweak the story and have Rousey as the main character. According to Rousey’s manager Brand Slater, via MMAFighting, Rousey contacted Swayze’s widow, Lisa Nieme, in order to ask for her permission. Swayze passed away in 2009 after battling pancreatic cancer.

What do you guys think? Excited to see this one?