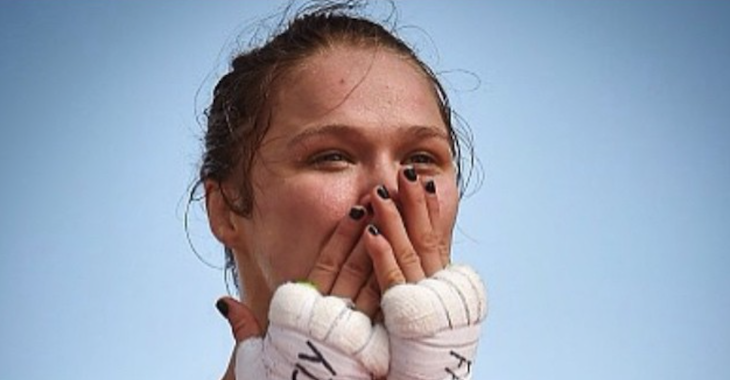 UFC bantamweight champion Ronda Rousey will face Bethe Correia at this Saturday’s UFC 190. The fight is of course important to the champ, but this one might carry a little more motivation with it.

Leading up to the fight Correia said some comments that were definitely in bad taste. She said she hoped Rousey didn’t kill herself after she gets beat. The comment hit home with Rousey, who’s father committed suicide when she was younger.

At yesterday’s open workouts, Rousey could be seen sporting a touching tribute to him.