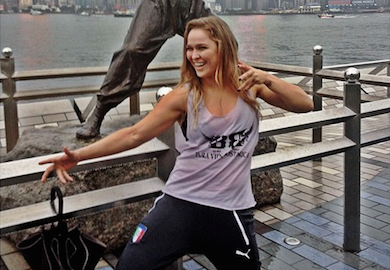 The UFC’s bantamweight champion has a solid stance on domestic abuse, and a woman’s right to defend herself.

So it should come as no surprise that Ronda Rousey offered some words on the recent scandal surrounded by NFL player Ray Rice.

“Every person has the right to be able to defend themselves,” Rousey told TMZ Sports. “Everybody should try, regardless of the situation.”

“It would have been different [if I was there],” she insisted. “Much, much different.”