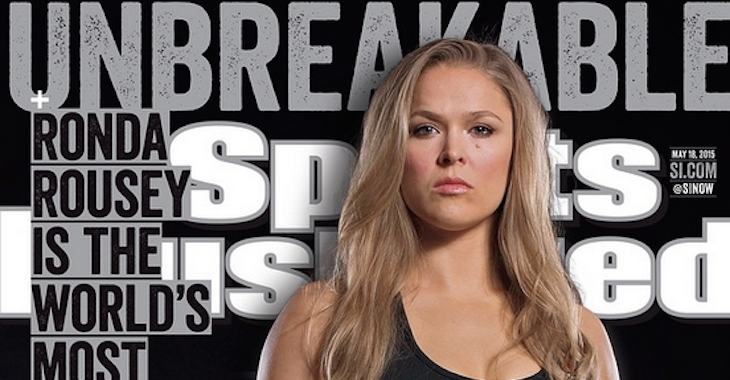 Ronda Rousey’s “My Fight / Your Fight” isn’t the only cover that the UFC Bantamweight Champion will be on. Sports Illustrated gave Rousey the cover spot for an upcoming edition of their magazine!

Check out the full picture below! Ronda Rousey will be stepping into the octagon to face Bethe Correia at UFC 190. Who do you think will walk out as champion! Share your thoughts in the comment section below!

Congrats @rondarousey on making the cover of @SportsIllustrated and named SI’s most dominant athlete!