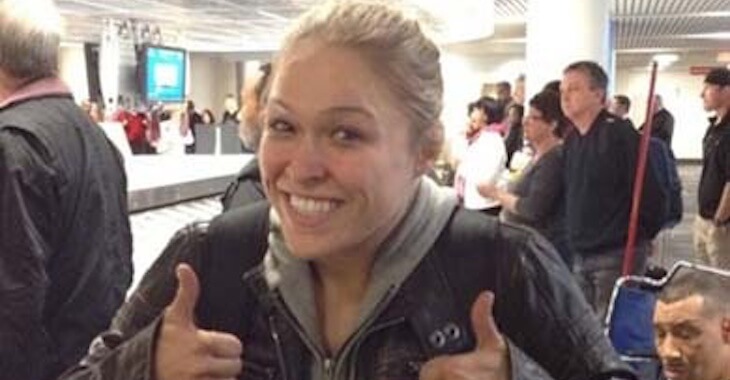 UFC bantamweight champion Ronda Rousey hasn’t always been the self proclaimed ‘highest paid fighter in the UFC.’ In fact, there was a time she would throw down just to earn some money to buy Frappuccinos.

That’s right. Long before she was UFC champ, and even before her MMA debut, Rousey was a teenager beating random guys up so her and a friend could get money to get caffeine treats.

Rousey told Sports Illustrated recently that when she was a teen she would go around challenging random guys to fights. Her friend would bet them money that they couldn’t beat her up, than it would go down.

“I loved frappuccinos. Me and my friend, Jackie, after school we would walk over to the promenade. Jackie was like my Paul Heyman. She was like, ‘I bet my girl right here could beat you up for 10 dollars, or five dollars, or whatever.’ And some guy would be like, ‘Whatever, I’ll take that bet.’

“It would start, whoever the guy was I’d throw him to the ground and either give him a choke or an armbar. We’d get him to say that he gave up, then we’d take his money and go buy frappuccinos (laughs). Those were my first pro fights.”