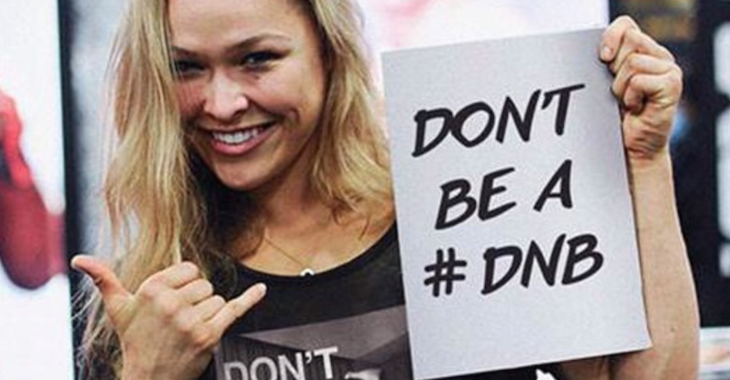 Want to use the phrase ‘Do Nothing B*tch’, too bad!

UFC bantamweight champion Ronda Rousey is working to trademark the phrase, along with the shortened version ‘DNB’. The news came from an ESPN report that states Rousey’s company Rowdy Ronda Inc. has filed to secure trademarks for the two phrases.

Rousey’s new phrase caught fire after she used it on an episode of UFC Embedded, where she described the term, saying that is means don’t be someone to needs to be taken care of all the time. Since then she’s worked with a charity, selling shirts with the phrase on it.

She’s sold over 50K shirts while the goal was to only sell 1K.

Did you buy one?