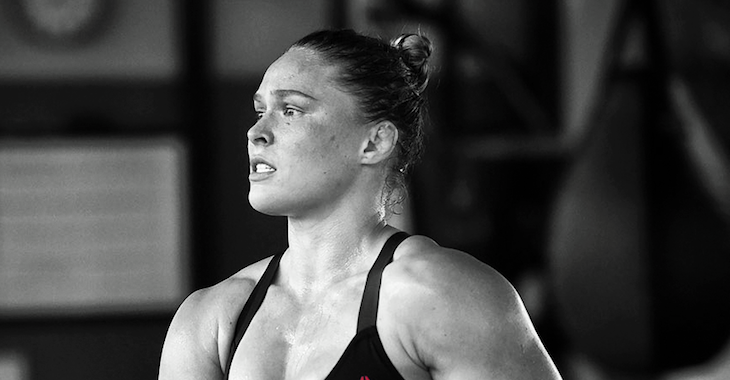 The fight is getting closer and closer. Next Saturday UFC bantamweight champion Ronda Rousey will defend her belt against Brazilian Bethe Correia at UFC 190.

Rousey and Bethe will weigh-in on that Friday and have to hit the mark of 135 lbs.. Rousey has never missed the weight before and chances are she won’t this time, but check out this recent pic of her looking ripped!