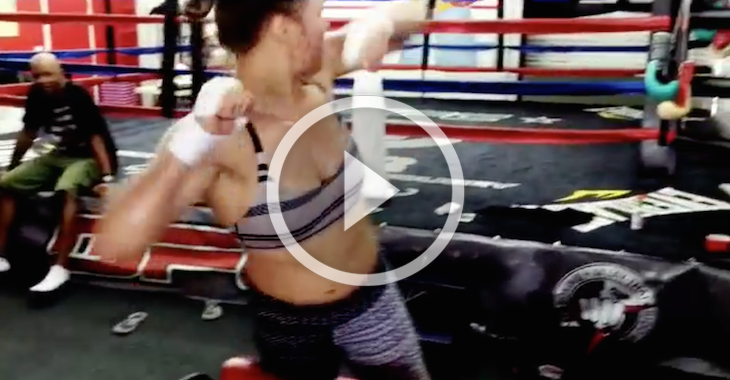 UFC bantamweight champion Ronda Rousey is in the middle of her training camp for UFC 190, where she’ll face Bethe Correia in Brazil.

A little glimpse of cooling down post training …. @hansgutknecht on the camera… Our guest @manucarrasco33 sketchin away