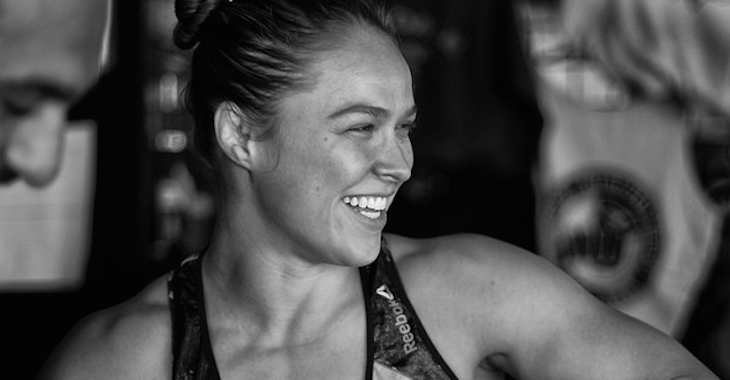 Ronda Rousey is in the final week of her training camp for her fight with Bethe Correia. The two are set to square off and settle their heated rivalry next month at “UFC 190” on Correia’s home turf in Brazil.

Rousey is looking amazing just weeks away from her fight and is doing some light sparring along with drills. Does she look ready?

Who do you think will walk out of UFC 190 as champion? Share your prediction in the comment section below!