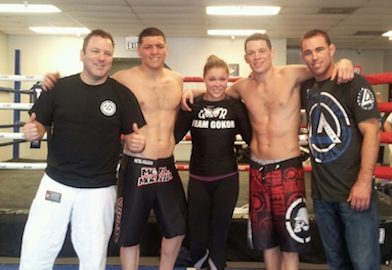 “Nick’s been fighting for a really really long time. I’ve only been fighting for three years, I mean, he’s been fighting I think for over a decade now. This sport puts a lot of miles on you very quickly. If he feels like he needs a rest and to take a break, you can’t fight for anyone other than yourself. You can’t fight sooner than you feel like you should. It really is a life and death situation out there and you have to do it when you feel it’s right… Yea. I think he will [return to fighting].”