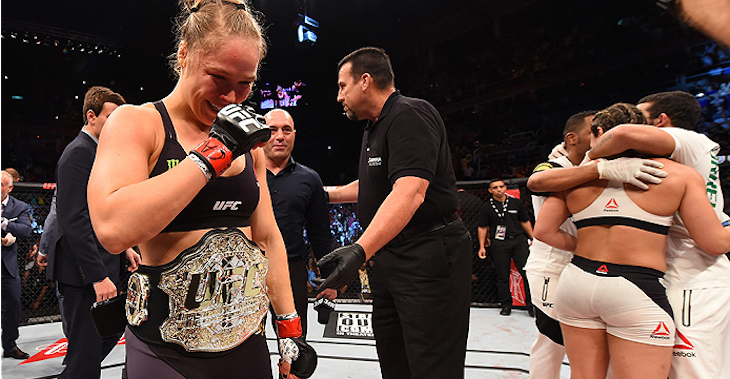 First it was just a drop of her name in a pop song.

Now, UFC bantamweight champion Ronda Rousey has an entire rap song made just for her.

YNIQ, an artist out of Miami released this song that is based entirely on the “Rowdy” UFC champion.

Take a listen to the track, “Ronda Rousey” and determine if this is something you will want to put on your playlist.