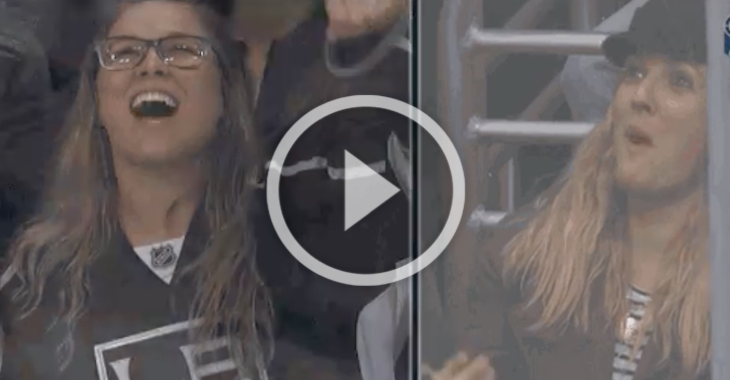 During a LA Kings hockey game, UFC women’s bantamweight champion Ronda Rousey and famous actress Drew Barrymore were put up on the jumbotron.

Check out their reactions!