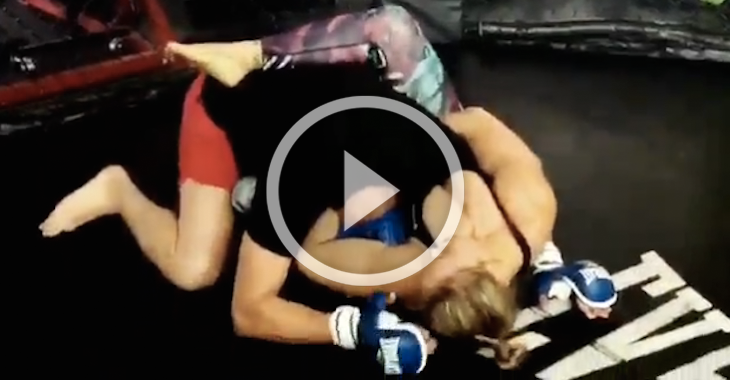 UFC Women’s Bantamweight Champion Ronda Rousey has dominated any and all competition that Joe Silva and Dana White have put in front of her. Now, she’s preparing for her biggest challenge yet: The Undefeated Bethe Correia.

In preparation of her next title defense, Rousey has been participating in light sparring sessions and she is whoopin’ butt! Watch her control and submit one of her teammates with ease during a light sparring match: