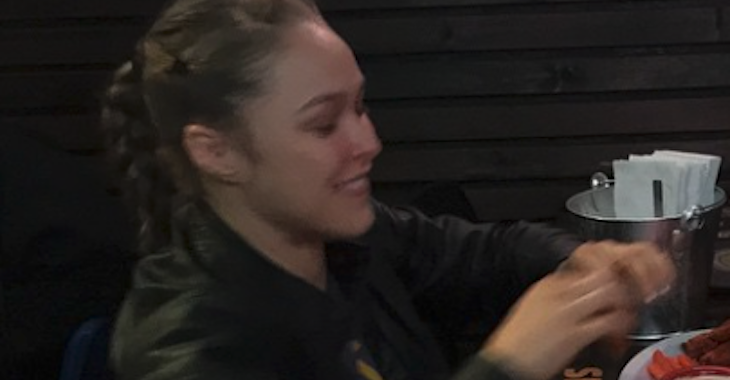 When you’re arguably the best fighter in the world, sometimes it’s hard to turn that competitive drive off, and UFC women’s bantamweight champion Ronda Rousey can understand the feeling.

Following her UFC 190 win over Bethe Correia the UFC flew a chef out to Rio de Janeiro so Rousey could have hot wings, her signature post-fight meal.

Rousey tells the story to SELF.com in an interview discussing the recently released magazine issue which she is on the cover of:

I eat about 50 hot wings. I love hot wings. After my last fight, one of the UFC owners flew in a private chef from São Paulo to Rio de Janeiro so that he could make me hot wings, because there are no hot wings in Rio! That’s how important they are to me.

When asked if she shares the hot wings with anyone else, Rousey explained:

The thing is, you’ve got to let me eat a couple before anyone else has any, because otherwise I’ll start eating faster. It’s a race to see who can eat the most. I’m so competitive, I even compete with hot wings.

There you have it. Don’t try to eat hot wings faster than the UFC women’s bantamweight champion!