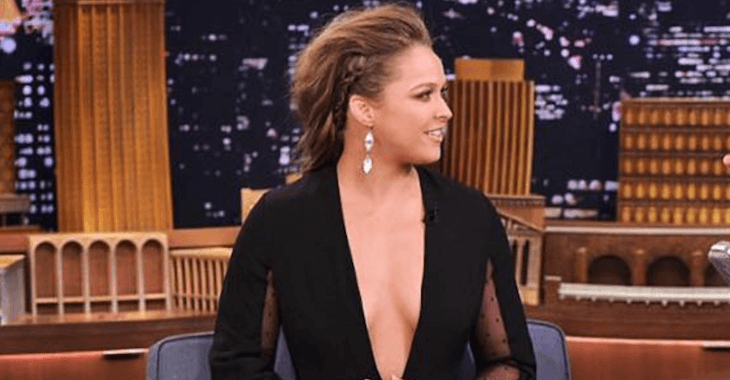 As I’m sure you know, UFC bantamweight champion Ronda Rousey is currently everywhere promoting UFC 193, which takes place on Nov. 14 in Melbourne, Australia. Rousey will face fellow undefeated fighter Holly Holm and look to defend for belt once again.

Rousey will be the first female athlete ever to co-host ESPN’s SportsCenter, but before that, she stopped by ‘Late Night With Jimmy Fallon’ and talked about her fighting career, playing Mario Kart and making mean faces.

However, a lot of people weren’t really talking about that stuff as much as they were about her plunging neckline.

Rousey isn’t really known for wearing a lot of revealing outfits, so, this was pretty shocking.