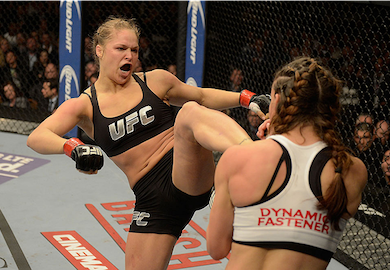 “There have been times during a fight when I thought I was going to die. I thought to myself, ‘I would rather break my neck than lose this fight. I will never tap out of a fight because I know the feeling of losing. I know that I would rather die than lose a fight.”

“It’s not that I’ve never lost; it’s that I’ve lost at the worst times, so I know what a loss is. That’s why I want to win so much more than these other girls. I know that I would rather physically die than die inside from losing a fight. I remember every single loss of my career, but have forgotten so many of my victories.”