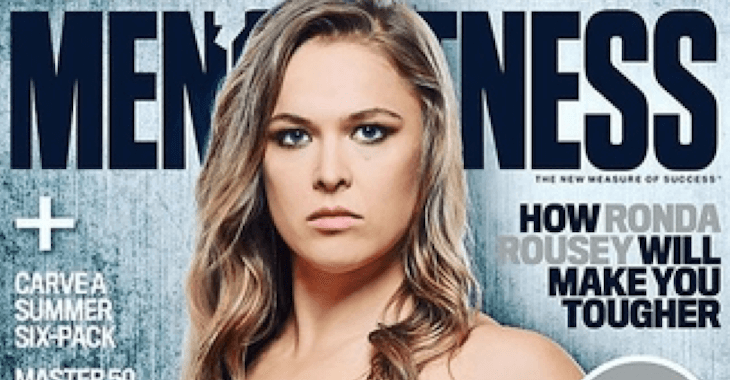 UFC bantamweight champion Ronda Rousey just keeps the achievements coming. On Friday a new promo was released by Ellen DeGeneres, showing Rousey as a child, growing up to be the fighter she is today and now today it’s come out that she is the first women to ever grace the cover of ‘Men’s Fitness’ Magazine.

She appeared on the new Australia edition of the magazine, which makes sense considering that her next fight, which is being built as one of biggest in UFC history, takes place in Melbourne, Australia on Nov. 14.

She’ll look to defend her belt once again when she takes on Holly Holm in the main event.