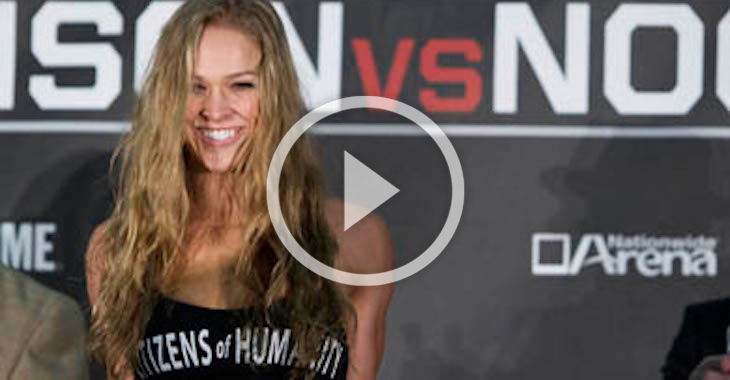 Like every episode, time was spent discussing a vast array of topics in MMA. One of the hot topics going around the MMA world is Ronda Rousey and her short yet dominate performance at UFC 184, where she submitted Cat Zingano in 14 seconds. Since that win the praise for Rousey has come out in truckloads, from Dana White comparing her to Mike Tyson to Joe Rogan saying that Rousey could beat 50% of the men in the UFC’s bantamweight division.

UFC flyweight fighter Ian McCall made headlines when he came out and criticized those comments, saying that he disagreed and that she could beat any of the male fighters in the UFC. He also said he would be willing to put on a gi and grapple with her because Rousey would not be able to throw him.

The hosts of Stud Show Radio, Justin Buchholz and Chris Carlino chimed in on Rogan’s comments and gave their thoughts.

Buchholz said, “Let’s not get it twisted, Ronda can not beat any 135 pound fighters in the UFC. There’s no way.”

Carlino added, “Like even if she puts you in the armbar, I don’t think she has enough strength to finish it.”

What do you guys make of all this? Sound off in the comments.