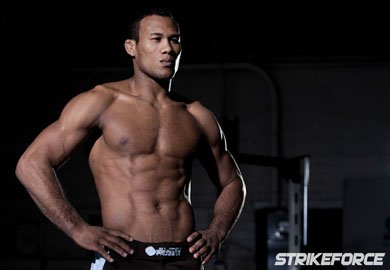 Ronaldo ‘Jacare’ Souza (17-3, 1 NC) finally has that bout as reported by MMAFighting. On May 18th, Souza will face top middleweight contender, Costa Philippou (12-2, 1 NC) in a bout that could very well have title implications if need be (See Below).

Souza is coming off of the destruction of UFC veteran Ed Herman back in January on what was Strikeforce’s last event. Souza is riding a three fight win streak with each win coming by either submission or knockout. Souza will put his ever improving stand-up skills to the test, however as he faces perhaps the best technical boxer in not only the middleweight division but in the entire UFC in Philippou.

For Philippou, a win over Tim Boetsch in December capped off a great year for Philippou, who went 3-0 in 2012 and is currently riding a five-fight win streak. A win over another top middleweight in Souza would be great for Philippou’s title run. Philippou will most likely want to keep the fight on its feet to avoid Souza’s deadly ground game.

UFC on FX takes place on May 18th at the Arena Jaragua, in Jaragua do Sul, Brazil. The main event that night will be another middleweight bout that will most likely determine who faces Anderson Silva next, (whether thats before an unannounced bout with Chris Weidman or not).