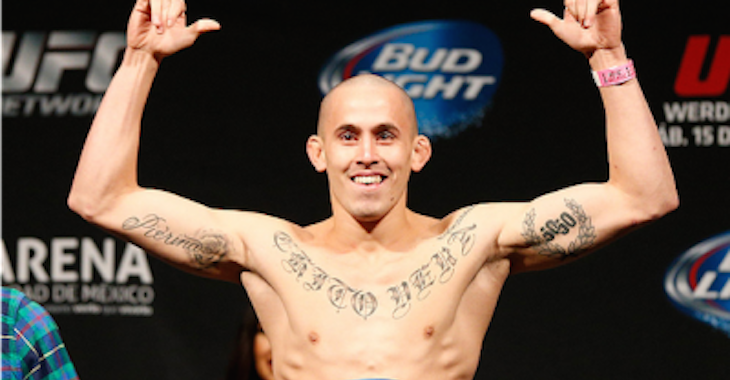 Roman “El Gallito” Salazar was most recently see in action at February’s UFC 184 event opposite Norifumi “Kid” Yamamoto. After a pair of accidental eye-pokes in the second-round, their bout was stopped and ruled a no-contest by the referee. Prior to that, “El Gallito” has suffered a submission loss to Mitch Gagnon in his octagon debut in October of 2014.

Meanwhile, Marlon “Chito” Vera will also be looking to rebound, this after suffering a unanimous decision loss to Marco Beltran in his most recent effort at Novemeber’s UFC 180 event. Prior to that, “Chito” has scored a submission victory over D’Juan Owens while fighting on the regional scene.

Who do you have winning this bantamweight bout? Sound off Penn Nation!