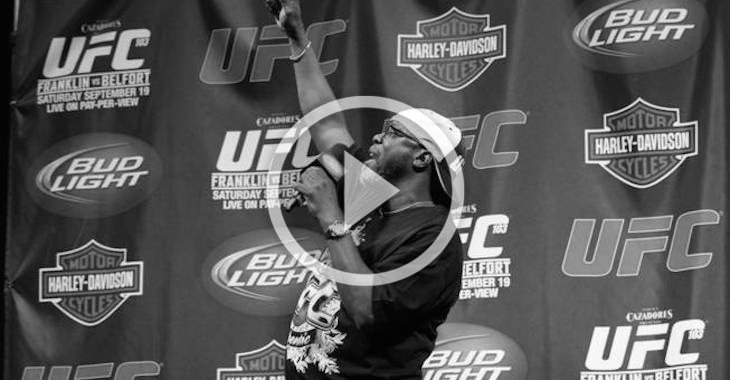 In this interview taken from an episode of MMA H.E.A.T. (originally aired November 30, 2011 on MAVTV), Karyn Bryant sits down with UFC site coordinator Burt Watson and hears the story behind his career in the fight game.

Burt talks about his transition from boxing into the UFC at UFC 30 (which took place February 23, 2001), his respect for Anderson Silva, the bonds he’s made with fighters like Quinton “Rampage” Jackson and GSP, rescuing fighters in the middle of the night and more. Burt decided to step away from the UFC at UFC 184 after logging 14 years. Please join us in wishing our friend the very best in his future endeavors!