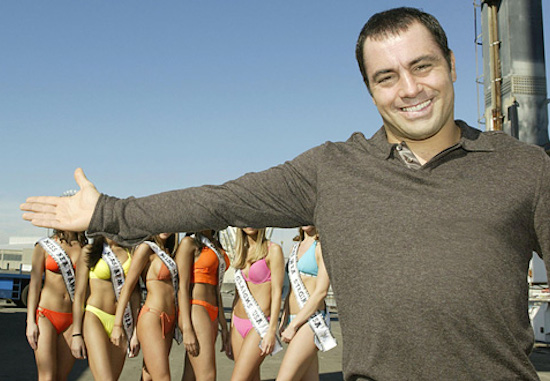 “If you know that a chick used to be a dude, but is now a chick and you fight her, I’m on board,” said Rogan. “I think it should be legal to ride bulls, I think it should be legal to jump BMX, you should be able to do whatever the f**k you wanna do. I think a 135 pound chick should be able to fight a 135 pound dude. I think if Ronda Rousey and Bryan Caraway talked enough shit and they decided to go at it, I don’t have any problem with that if they both agree to it.”

During his “Fight Companion” Podcast, UFC commentator Joe Rogan discussed the potential for a girl vs. man cage fight, and he approves.