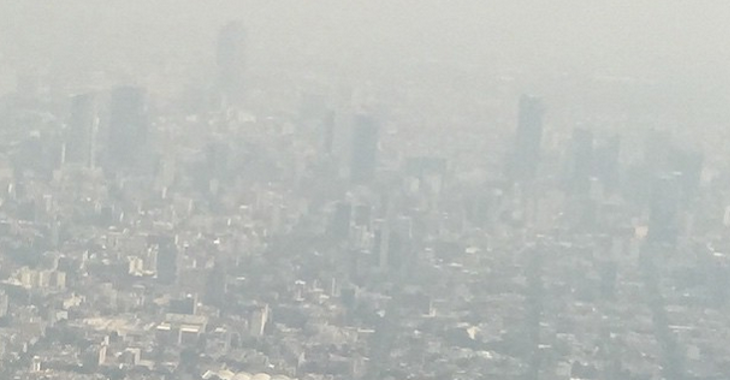 “UFC 188: Velasquez vs. Werdum” will always be remembered as one of the most important cards in heavyweight fighting history. Werdum cemented his legacy as one of the all-time greats when he dethroned Velasquez in spectacular fashion, but one has to ask how much the altitude impacted Velasquez’s performance.

The altitude and air quality hindered so many fighters’ performances that six fighters threw up backstage after their fights! UFC commentator Joe Rogan snapped the following picture as he was flying into Mexico City, Mexico and addressed the quality of air there.

“I love Mexico City, and the people there were cool as fuck. Amazing crowd for the @ufc They were so cool, even to people that beat Mexicans. They appreciated the fighters that really went for it and were an incredibly enthusiastic and polite group of 20,000+ fans. I really respect and appreciate that! The craziest shit though is the air quality those folks have to endure. This photo isn’t edited or retouched at all. I took it as I was landing.”