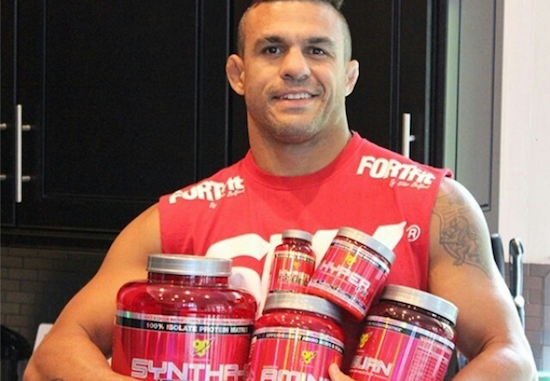 During yesterday’s pre-fight press conference, in Sydney, the attention turned to Vitor Belfort, and with three of the division’s elite competitors handy, they enjoyed a good time at the Brazilian’s expense.

Bisping kicked things off when asked, by the media, about “The Phenom”‘s chances against Chris Weidman.

“That’s quite a shit stirring question. You’re going to open many cans of worms. But, yes. Listen, Vitor was juiced to the gills for many years, and now he’s not. Now, Chris is going to win that fight, first and foremost. He’s at an advantage because [Vitor is] no longer juiced to the gills. …

“Vitor’s physical appearance is altered, it’s quite visible. Is he going to be the same person? That’s the question everyone is asking, and only he knows. We shall see.”

“Vitor’s a joke to me. We’ll see what comes out. I’m very interested to see what happens in his drug test he took the other day. We’ll see if the fight even takes place.”

UFC middleweight champion, who was also in attendance, as a spectator, stated,

“Yea, I’m worried about [the result of Vitor Belfort’s recent drug test]. You want him to get drug tested until he actually gets drug tested.”

A replay of the press conference can be found HERE.

Currently there is no reason to suspect Vitor Belfort as a cheat.