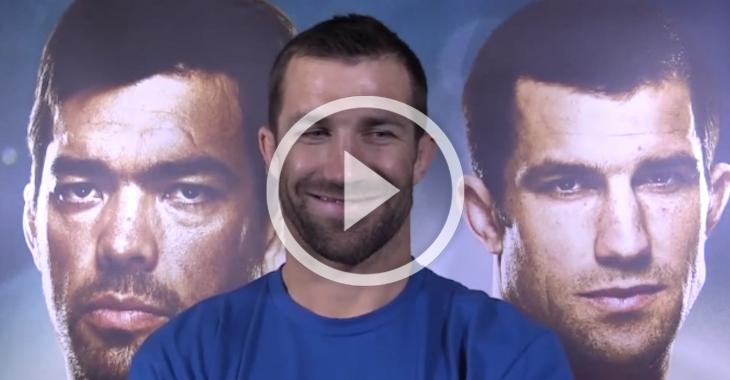 “He’s predominantly a stand-up guy. He’s got a good ground game and he’s got decent wrestling. A very upgraded version of Michael Bisping maybe. I guess. I don’t know. I see this fight going very similar to Bisping. A little tougher, a little harder to find that opening, that kill shot, but I think I could hurt him on the feet and I think I could finish him on the ground.”

Luke Rockhold was a feature attraction in today’s open workouts and with good reason. Rockhold is set to main-event this weekend’s FOX card against Lyoto Machida in what could possibly be a middleweight title eliminator bout.

Rockhold may be getting ready to fight Machida, but he recently simplified his opponent by calling him an “upgraded Michael Bisping”. Rockhold made quick work of Bisping and submitted him in the second round of what could have been a five round war.