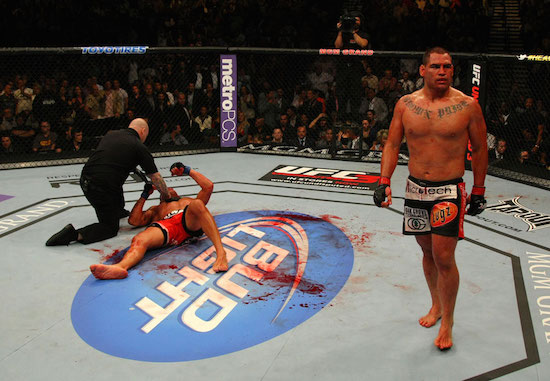 “Cain, just the storm that he can put on you, you can’t stop it. I’ve trained with the guy, I’ve sparred with him so many times, and when he wants to get after you, he’s going to get after you. You can only run away so long. Jon Jones doesn’t have the style to keep him off him. Cain is just a beast, he’ll bull his way right through him.”

How do you think Jones would fair against Velasquez?