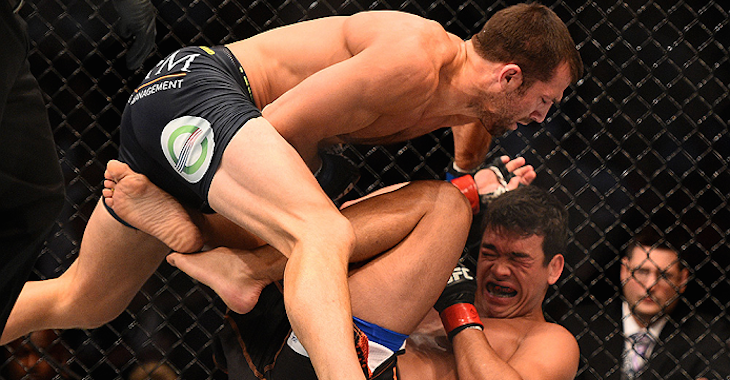 UFC middleweight Luke Rockhold is preparing for the biggest fight of his career, a title fight against the champ, Chris Weidman.

The two will meet at UFC 194, which is a stacked card, in the co-main event slot. They will be fighting on possibly the biggest card of 2015. Above them on the card, in the main event, is the highly anticipated fight between featherweight champion Jose Aldo and interim champ Conor McGregor.

There has been plenty of back and forth between the two middleweights, but we’ll probably keep getting more as the fight gets closer, until it goes down on Dec. 12.

Here’s what he had to say about fighting Weidman, on MMAJunkie Radio:

“You saw what happened with Bisping; we built that thing up. It was heated, and what happened went down in the cage? I picked him apart like a little boy. And that’s what I’m going to do to Weidman.”

Who do you have winning this middleweight scrap?