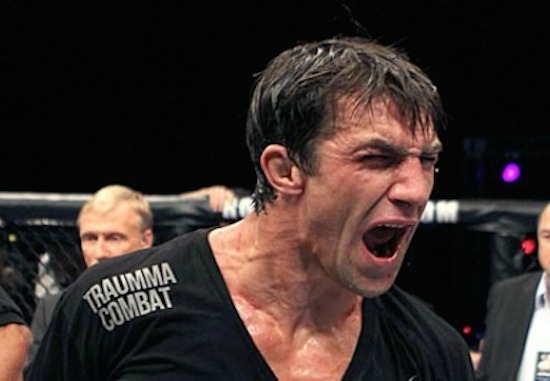 “I believe he hypes himself up. I don’t think he really enjoys fighting. You see him hype himself up, trying to create all the controversy before the fight. Even when he’s walking to the cage — I study my opponents a lot and see how they carry themselves — you see him, he’s psyching himself up just to get in cage, slapping himself, yelling and screaming and getting into the cage and stomping around. I’m truly into fighting, he seems like he’s kind of tense and all stressed out. He’ll fight to the bitter end and take punches and do everything to win. I admire that and I respect all that, but I don’t think he really enjoys fighting like I do, that’s what I’m going to do, I’m going to go in there and enjoy myself and get the win.”

In a recent interview with, Ariel Helwani, Luke Rockhold discussed his upcoming fight against Michael Bisping.