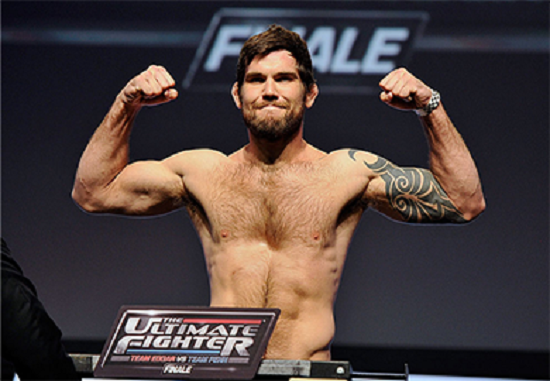 Robert Drysdale failed a drug test before he even fought a bout with the UFC. That incident happened back in 2013, the bout was scrapped and Drysdale’s highly anticipated debut was put on hold.

In July of this year Drysdale successfully made his UFC debut at the TUF 19 finale, where he defeated Keith Berish via submission. After the bout Drysdale once again failed a drug test for an elevated T:E (Testosterone to Epitestosterone) ratio.

Drysdale appeared before the NSAC today to answer for his second failed drug test, and was suspended for one year, and ordered to pay a fine of $5,280.

Drysdale’s defense was that he was given a TUE (Testosterone Use Exemption) back in 2013. The commission shut down his defense, given that TRT has been banned for over 6-months now.