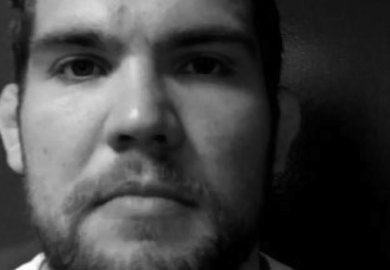 Robert Drysdale, a Jiu-Jitsu world champion, was set to make his UFC debut at UFC 167 against Cody Donovan. Before the fight could happen however, Drysdale failed a drug test with a 19.4-to-1 Testosterone to Epitestosterone level, over three times the limit allowed by the commission at the time. Now Drysdale will face Keith Berish at the TUF 19 finale this Sunday. Drysdale spoke to MMAFighting.com to discuss the misunderstanding that was his failed drug test.

“There was no dishonesty. As soon as I found out about it, I sent them my papers and cleared that up. I was never suspended, and the UFC didn’t release me. I didn’t suffer any punishment because I didn’t do anything wrong. I couldn’t fight earlier (this year) because I got injured, that’s all.”

“It’s in the past. TRT is banned, and I’m cool without it. I don’t need it. I never needed it,” he said. “It was my doctor’s decision, not mine.

“I changed my diet and my life,” he said. “I think that my testosterone levels came back low because I trained so hard and never rested. I was obsessed with training. I believed that overtraining was a myth and rest was for lazy people, so I trained twice a day, seven days a week. I’m taking care of myself now.”

Heading into his bout this Sunday, Drysdale admits he doesn’t know much about his opponent.

“I don’t know him very much. I only know what I saw on the internet,” Drysdale said. “He’s tough, undefeated. He’s not a can. There’s no easy fight in the UFC.”

“He has a predictable style,” he continued. “He’s a jiu-jitsu brown belt, but I’m used to train with the best black belts in the world so a brown belt won’t surprise me on the ground. I’ve been working on my striking game for years, so I’m ready to fight standing if I have to.

“I was never this calm before a fight, even in my jiu-jitsu days. And that’s funny, because this might be the most important fight of my life. I’m confident, well-trained. There is no doubt in my mind, I’m ready for everything.”

Drysdale admits he himself might be predictable with such an accomplished grappling record.

“Yes, that’s true,” the grappling wizard agreed. “I can’t hide it. I spent my whole life competing in jiu-jitsu. Even if I become a better striker than I am as a grappler in the future, which is unlikely, people will always fear going to the ground with me. It’s part of the game. I may be predictable, but MMA is more complicated than that. Everybody knows GSP had a good striking and he would take you down, but nobody beat him. We all become predictable one day.”

“I had a long career in jiu-jitsu and grappling, so it’s like starting a whole new career now. I like being the beginner again,” he said. “I wouldn’t feel complete if I hadn’t started a career in MMA. Where I’m going, I don’t know. I want to be the best I can be, and I have high standards. I don’t like to set goals like beating this guy or winning the title because goals limit you.”