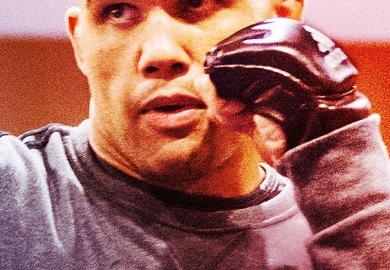 UFC welterweight title challenger Robbie Lawler has signed an endorsement deal with Adidas. The deal was never publicized when it was originally signed.

While some may already be persuaded to buy Adidas gear based on the new association with Lawler, there existed little evidence in or around the octagon on Saturday night evidencing the contract that was recently signed between Adidas and Lawler. The UFC prevented Lawler from wearing any Adidas apparel for his fight against Brown and the Adidas name and logo were not found on Lawler’s banner display held by his team prior to the start of the fight.

Despite the lack of publicly available information concerning the deal, partially a byproduct of the UFC doing little to promote it thus far, FORBES has been told that the arrangement will include a provision that provides all necessary training equipment to Lawler in addition to a currently undisclosed amount of money in exchange for Lawler’s support of the Adidas brand. Adidas plans to heavily promote the association now that Lawler defeated Brown and is set to enter the octagon for a rematch against Johny Hendricks for the Welterweight Title. Hendricks defeated Lawler in a Title fight on March 15, 2014. Expect to see a lot of use of the hashtag #ruthless (in reference to Lawler’s nickname) leading up to the rematch.

The following image can also be found on Adidas Combat Sports website: