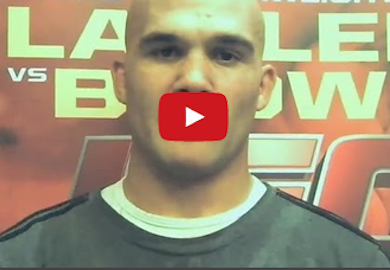 “I’ve got to just go out there, move my feet, dictate the pace, not let him get in my face and put a hurting on him.”

Lawler on what’s different with his career now: “I’ve got a lot more experience. The training at American Top Team has helped. There’re a lot of good guys who have pushed me get better. The coaches put me in the positions I’d be in the fights, so I’ve been there a thousand times and know what to expect.”

Lawler on if he’ll go for body shots against Brown: “That’s something my coaches have said for me to go to the body. I’m going to move my feet and beat him up in every aspect of an MMA fight. I’m excited to put on a show this Saturday. I’m in great shape and ready to go.”