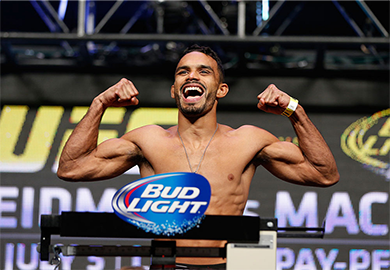 Rob Font is stepping in for an injured Aljamain Sterling at UFC Fight Night 54 against Mitch Gagnon.

Rob Font is coming off a KO over George Roop in his UFC debut earlier this summer. The win extended Font’s win streak to 10, something he will be looking to build on in his fight against Gagnon.