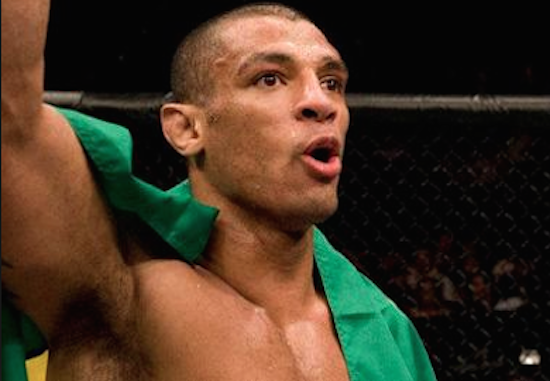 A middleweight fight between Roan “Jucao” Carneiro and Mark Munoz has been added to UFC 184.

UFC Tonight, on FOX Sports 1, broke news of the matchup during their regular weekly broadcast.

UFC 184 goes down on February 28 from the Staples Center, in Los Angeles. In the main event Chris Weidman will defend his title against Vitor Belfort. Also on the card, in the co-main event slot, Ronda Rousey faces Cat Zingano.

Jucao’s original stint in the UFC yielded an unsettling 2-3 record over five fights. Since his initial release from the promotion, the ATT fighter has gone on a massive 7-1 run, including a one-night 8 man welterweight tournament victory over several notable veterans.

Munoz has fallen on hard times as of late. The Team Reign founder has notched a 1-3 record in his last four bouts. “The Phillipino Wrecking Machine” brings into the fight a two-fight losing streak, both stoppage losses, to Machida and Mousasi.

The UFC 184 card is stacking up as follows: