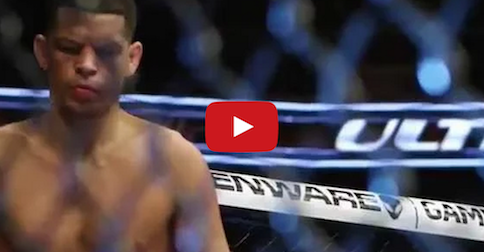 In Saturday’s co-main event, provocative lightweight Nate Diaz returns to the Octagon positioned for another run at UFC gold. Renown for his tenacity and aggression, and being the brother of perennial contender Nick, Nate has long been considered one of the most dangerous lightweights in the sport. His opponent, 3rd ranked Rafael dos Anjos, rides a wave of momentum from consecutive knockouts after relocating and finding stability in California. A childhood forged from humble means in native Brazil, the jiu-jitsu black belt is now closing in on a title shot of his own. Before they arrive in Phoenix for UFC Fight Night on Fox pivotal bouts, witness how each world-class fighter tackles their Road to the Octagon. Catch Fight Night: Dos Santos vs Miocic, Saturday, December 13 live and free on FOX.