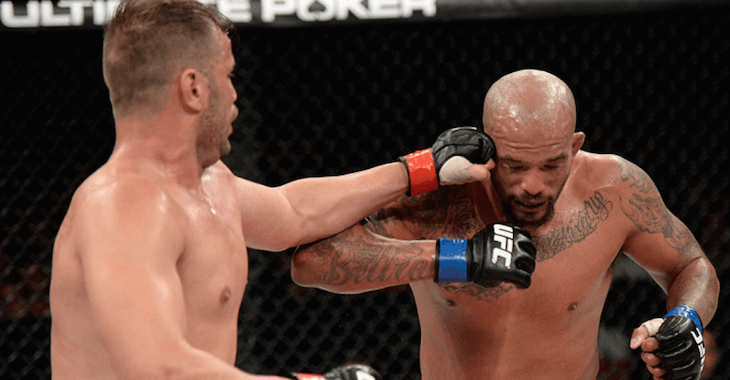 Bellator middleweight fighter Joey Beltran (16-11 MMA) has squared off with some of the sports hardest hitters during his MMA career, including Quinton “Rampage” Jackson, Lavar Johnson, Pat Barry, Matt Mitrione and Stipe Miocic just to name a few.

“The Mexicutioner” recently sat down with BJPENN.com’s Chris Taylor where he discussed a number of topics, including which opponent hit him the hardest during his MMA career. Here is what Beltran had to say on the subject:

“It’s funny because I was recently talking to my coach about this and I was like ‘You know I’ve never been hit and been like oh f*ck, that guy hits hard!'” stated Beltran. “I don’t know if I was just to stupid or just didn’t give a sh*t, but I always just jumped right in the fire with those big guys.”

“The couple of times I did get knocked out, I didn’t feel it. It was like ‘bam’ and I was knocked out. But, I do remember that when Matt Mitrione hit me, I was rushing in and he did a sweet step to the side left cross and caught me coming in. I will always remember the noise that I heard, not the feeling at all, but the noise. ‘Waaaaaa!!!’ It was like a horn going off in my ear or like a train being right next to me. ‘Waaaa!!!’ And then like all of a sudden I heard the crowd again. It was crazy! So I have to give it to Mitrione.”

Joey Beltran will square off with Kendall Grove in the co-main event of Bellator 143 which goes down Friday September 25 in Texas.