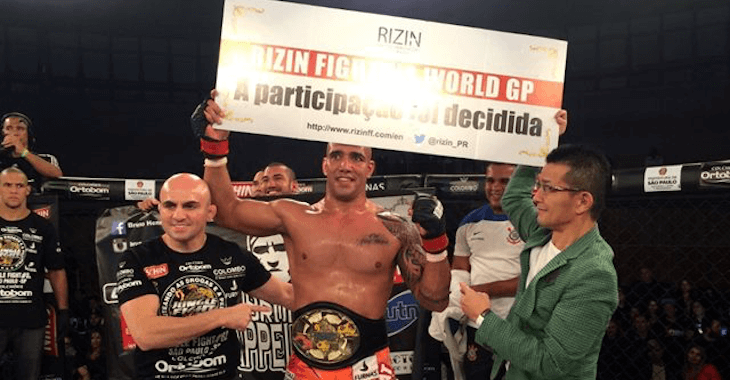 Rizin Fighting Federation made a major splash in the mixed martial arts community before they even ran a show when they announced the signing of PRIDE legend Fedor Emelianenko. While fans had hoped “The Last Emperor” would be squaring off in the octagon next, he will be testing his might against an unnamed opponent on New Year’s Eve. Rizin FF will also be looking to make new challengers for Emelianenko when they hold an eight-man heavyweight tournament.

Bruno Cappelozza, who just claimed the Jungle Fight 220-pound championship this past weekend, is one of the first names to be confirmed for the grand prix tournament. The first round of the competition will take place on December 29, 2015, and the semi-finals and finals will take place on the New Year’s Eve event.

Cappelozza possesses a professional MMA record of 7-3 and is currently riding a four fight win streak. While he has fought for the likes of Gladiator MMA and Predator FC throughout his career, he is a homegrown Jungle Fights heavyweight and will be looking to make the organization proud when he enters the tournament in December.