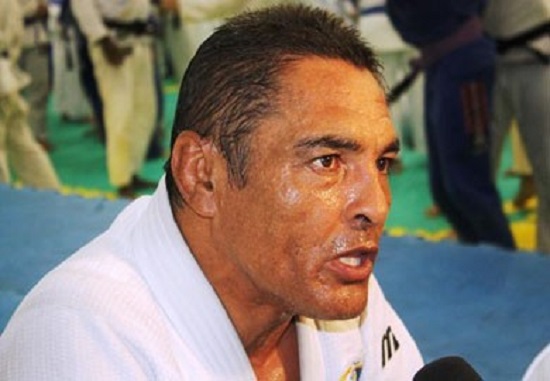 MMA veteran and JiuJitsu legend Rickson Gracie who maintains that he is undefeated, and has never lost an MMA bout, grappling match, or ever been submitted in the gym, has ruled out a potential return to competition.

The soon to be 56 year old has been retired for some time, and revealed to MMAFighting that he has no plans to return to competition in the future.

“I don’t see myself competing anymore because I’ve completely lost interest in competition, and my injuries wouldn’t allow me to perform the way I would like. It’s not something I think about anymore. For those who still have this motivation, I think it’s cool.”

Ralek Gracie, the President of Metamoris, has done tremendous things to bring high level JiuJitsu matches to fans with Metamoris Pay-Per Views. However, Rickson still isn’t a fan of what JiuJitsu has become today.

“If there’s no penalty for stalling, fighters will find a way to control the match and the time, looking for a comfort zone. It makes it exactly like a modern jiu-jitsu fight, but longer. It’s the same boring match, but lasting longer.”

“You should have the option to say ‘come on, if you don’t fight the way people expect you to, go home. You’re disqualified. Go away.’ You’re there to watch a match and it doesn’t happen because the rule allows you to do whatever you want, so people go there and fight for a draw because they already got paid.”

“A real match, with fighters going for all or nothing, is what people want to watch.”