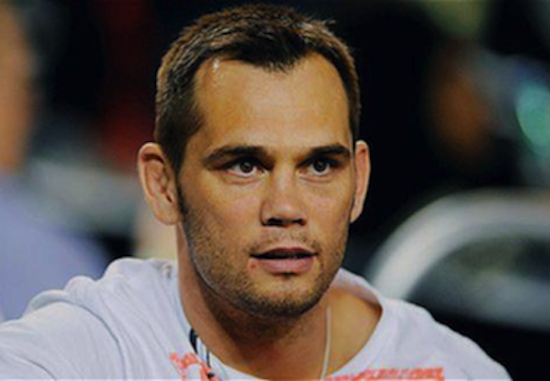 “I always talk about a fight that most people don’t bring up, it’s when I fought Travis Lutter in Montreal. Basically in the fight I had all the answers I needed (to win) but it was just failed execution at every point. I ended up in the worst possible scenario that I could have been in. This fight was probably my worst winning performance. I ended up in the worst situation I could have been in and I mentally broke. I just said, ‘I’m gonna lose this fight.’ I found a way out of the situation and I ended up winning the fight, but it’s one of those fights that showed me who I really was as a fighter, that I had the mentality of a champion. When you’re really tested, that’s what shows you who you are as a person.”