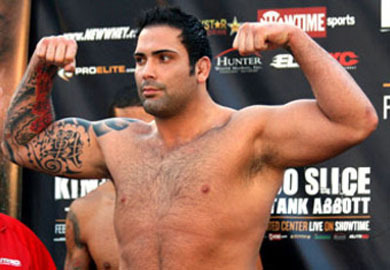 According to MMAWeekly, Rodriguez was booked for misdemeanor DUI after failing a breathalyzer test. Law enforcement stated that Rodriquez was cooperative and voluntarily took the breathalyzer test. Several hours after the arrest, the VH1 “Celebrity Rehab” alumni was released on $5,000 bail.

Ricco Rodriguez became the UFC Heavyweight Champion in 2002 after defeating Randy Couture at UFC 39. About 6 months later, he lost the belt in his first title defense against Tim Sylvia. After two more losses in 2003, he was released from the organization and continued his career elsewhere.

Now, after losing 8 of his last 10, and being arrested on suspicion of DUI, it is evident that Ricco Rodriguez has fallen on some very hard times.