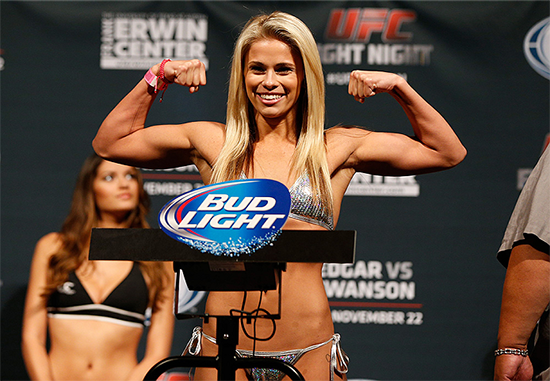 “I want to get that loss back (against TUF 20’s Tecia Torres); that fight is definitely in the plan. That was a fluke in my fight game. I went in there not ready. I wasn’t prepared for that fight. Of course, I took a loss and I’ll take that loss and wear it. But I’m very excited to hopefully get a rematch with her and avenge that loss.”

“I’ve been impressed by a few people. I’d like to fight Tecia again, but I’m going to fight whoever the UFC wants me to fight. They’re in charge of me from now on and I trust them with whatever decisions they make for me.”

The two ladies originally fought under the Invicta FC banner last year, as part of the Invticta FC 4 card. VanZant lost the bout via decision. It is her only career defeat.