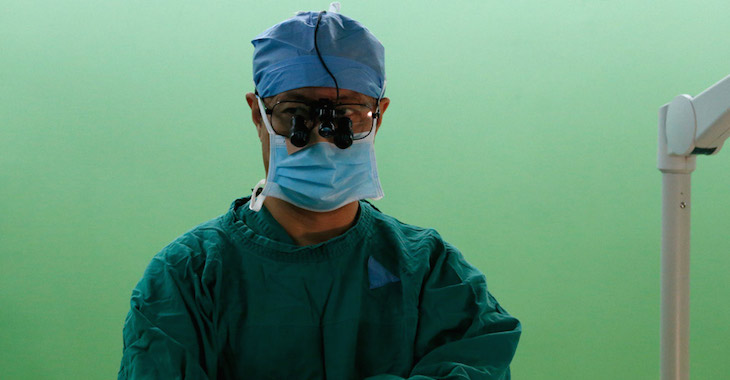 Pat Kelly is a legend when it comes to the wrestling scene in Maine. Kelly has several state and regional wrestling titles under his belt both as a competitor and a coach as well as a spot in the Maine Amateur Wrestling Alliance Hall of Fame. Even though he is only 2-0, being undefeated at fifty years of age is an incredible feat unto itself.

Kelly’s most recent victory was at the expense of Steven Bang Jr., the son of the man he is about to face at the next NEF card. Dr. Bang sat cageside and was up-close and personal when Kelly knocked his son out.

Dr. Bang told MMA.TV, “My son Steven and Pat have previously met in the cage and Pat took that victory. I see myself as already being down 0-1. NEF 18 is about redemption and showing the boys how it’s done. As I always say, in the end, we will embrace with a bond of brotherhood and respect that is unique to combat but until then, it is war.”

NEF’s next event is set to take place on June 13, 2015 and will take place in Lewiston, Maine. If you’re in the area, you might want to check this one out.