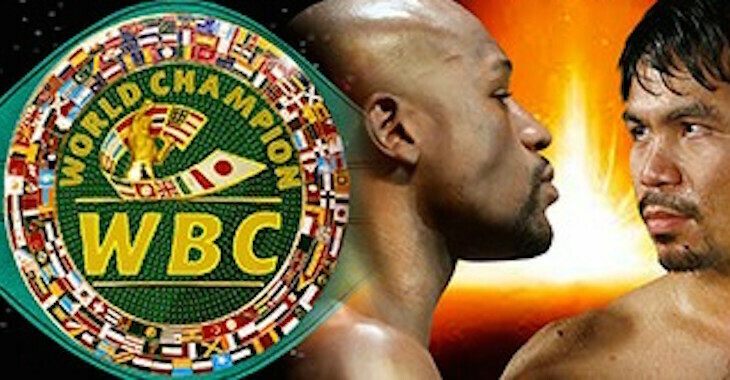 There’s more than just a big purse up for grabs in the upcoming Mayweather vs. Pacquiao mega-fight.

According to a report by TMZ, the World Boxing Council (WBC) has decided to up their belt-game for this very special affair.

TMZ Tells is best: (They also have more pictures)

Two belts were made … an “onyx” version and an “emerald” version — and a fan vote on the WBC website last week determined which belt will be delivered to the winner.

It was a tight contest but emerald took it with 53% of the vote … although both belts are said to be worth nearly $1 MILLION … so there was no real loser.