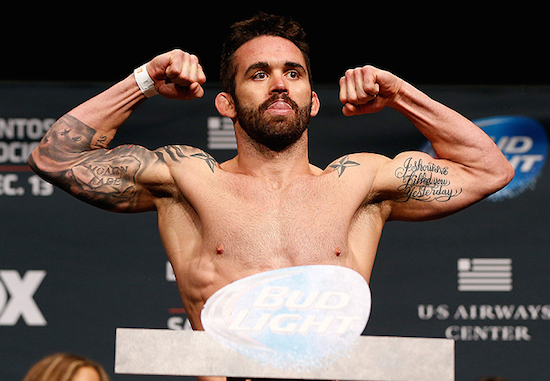 This past weekend at UFC on FOX 13, Jamie Varner retired after an unusual knockout.

Now, with his career behind him, Varner says he’s focused on creating a fighters union for the current, and next generation of fighters.

“I would love to start some type of union for fighters. mean, the sport is growing, and we’re getting all these big-time endorsement deals, and a lot of us – we’re just fighters. We don’t think about the next step.

“I think if we implemented some sort of union or something like that, we could eventually – fighters – this could be a real career. You see so many pro fighters now, and I want to help the future of fighters.”

“I think it’s something that needs to happen. We are a mainstream, major sport now, and if you look at all the mainstream, major sports, they all have unions, and they have league minimums and some sort of retirement (plan) and all that kind of stuff. I think that’s something that needs to happen for fighters because this is one of those careers that when it’s over, a lot of these guys don’t have something else.”