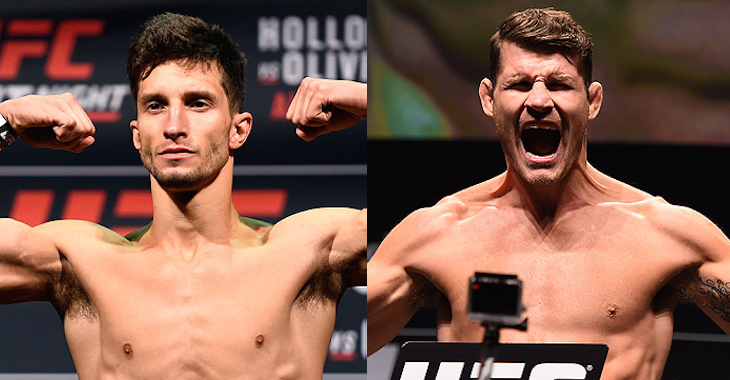 Frankie Perez had his shining moment in the octagon at “UFC Fight Night 74” when he knocked Sam Stout out in less than a minute. It was his first UFC win and his last as he retired moments later during his post fight interview. Perez mentioned he did not want to put his body or family through it anymore, and respectfully hung up his gloves.

Michael Bisping was quick to criticize Perez for his decision to retire, stating he didn’t have the “cajones” to stay in the sport. Nothing would ruin Perez’s moment, though, as he quickly dismissed Bisping’s remarks by calling him a “clown”.

“Bisping’s a clown, so it ain’t no big deal; words don’t get to me,” Perez told MMA Junkie. “You know what it is? I’m just choosing my family over this sport. I love this sport and love everything about it. But it was just time. That’s it. I’m still going to be around, cornering guys. That’s it.”

Bisping has since tried to clarify his comments, but it seems the dust has settled from the drama between Bisping and his criticisms of the lightweight’s retirement.