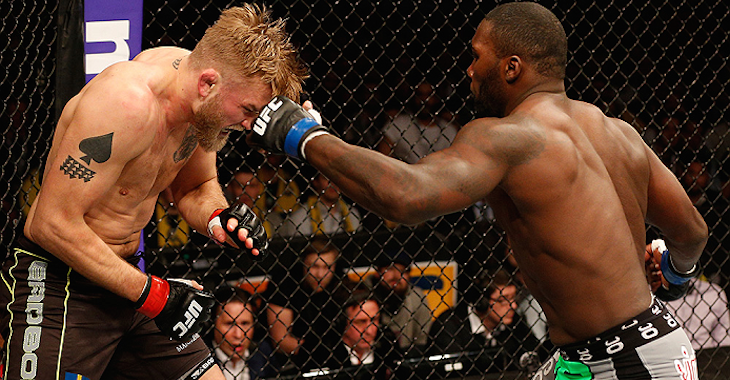 Earlier today, Alexander Gustafsson stated that he could defeat Anthony “Rumble” Johnson six out of seven days. “Rumble” took pride in his victory over “The Mauler” on January 24, 2015 at UFC on FOX and had this to say in response:

“I’m big on respect in this sport, so I give it and expect it back. Some ppl can’t handle a ass whooping like a man. You loss to Jon you talked trash after, you loss to me and you talk trash now After showing respect at first. So this is dedicated to you from me and that 6 out of 7 days… Like I said I need only one to end your life and career @alexthemauler. I never showed you any disrespect ever and now you say this. That’s some low class stuff right there if any class at all. Happy #TBT Alex”

I’m fighting jbj and my focus is on him… he’s the best ever and its a honor to fight him. So don’t think one sec that Alex is distracting me! @alexthemauler remember this one too… You loss to both of us and still no respect. It’s all good though, I’ll still show you respect even if you don’t show it back. This one is for the road courtesy of jbj @jonnybones