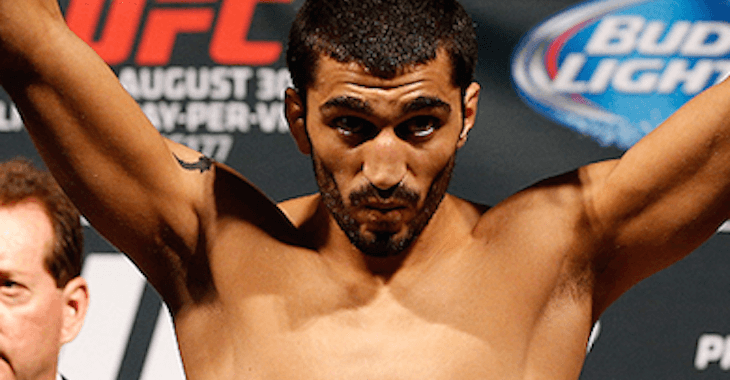 Well it’s that time of the month again. At the start of every month the UFC updates their roster, which then shows the fighters that are no longer in the database, usually meaning that they’ve been released.

UFCFIGHTERSiNFO is always on top of the updates and releases the names of any fighters that no longer show up in the UFC’s database. So while it’s not official yet, these names more so than not end up being fighters who are no longer with the promotion.

This month the changes show that four fighters have been removed. The biggest name amongst those four is TUF finalist Ramsey Nijem.

Nijem spet four years with the UFC, going 5-5 and losing 4 of his last 6 fights.

Nijem is joined by Elias Silverio, Jorge Oliveira, and Nazareno Malegarie. Two of which are coming off of back to back losses, while Malegarie only had one fight with the promotion, losing a split decision to Joaquim Silva.

So there you have it, the monthly release report. We’ll keep you updated on any further details.