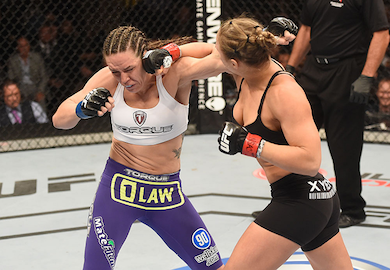 In updated news surrounding UFC bantamweight champion Ronda Rousey, it appears as if the fighting star has suffered a broken hand in the wake of her most recent title defense.

Check it: (Via Yahoo)

Another piece of news came out of the postponement. Fertitta said UFC officials had talked amongst each other about potentially putting Ronda Rousey in a title fight in place of Aldo-Mendes, though he said it never progressed as far as talking to Rousey or her team about it. Fertitta revealed that Rousey also broke her right hand in her successful title defense Saturday at Mandalay Bay in Las Vegas against Alexis Davis.